New Album Review: Hovhaness: From the Ends of the Earth

I’m always surprised when a portion of a massively prolific composer’s work is not well represented on recordings. Such is the case with the choral music of the  joyfully fecundAlan Hovhaness. Thankfully one of the most frequently recorded choirs in the nation,Gloriæ Dei Cantore, have stepped up to give Hovhaness his due. Elizabeth C. Patterson (the choir’s director) conducts the mixed voice ensemble in From the Ends of the Earth, a program of Hovhaness’s gorgeous sacred choral music.
Speaking of Hovhaness’s music, critic-composer Virgil Thomson wrote, “…the purity of its inspiration, is evidenced by the extreme beauty of its melodic material…it is utterly simple in feeling, pure in spirit…” Much of what Thomson wrote about is in evidence here. Gloriæ Dei Cantore (GDC) sail the waves of popping rhythms in one of the most likeable works on the program, the Cantate Domino from 1984. I’m not sure which of GDC’s two organists (David Chalmers or James Jordan, Jr.) plays the solo in the piece, but the performer does spin some twisty lines that animate the choir. The sheer prettiness of the Triptych: Ave Maria is irresistible. Its delicate scoring (oboe, harp and women’s voices) has an airborne quality and the women’s voices of GDC do float in and around the instruments with just the right lightness of tone. The Simple Mass, a 1975 work, features some of Hovhaness’s finest music for unison voices. The piece also has some exotic organ writing, and I particularly love the Messiaen-like elements in the Lamb of God movement. All of these works have unaffected heart and a straight-ahead honesty, qualities that are beautifully communicated by GDC. Hovhaness could also be daring and exotic. The twisting harmonies of “From the ends of the Earth” are fascinating as are the droning voices and Eastern flavors of “I will rejoice in the Lord.”

Simone Dinnerstein, Something Beautiful Being Played

Simone Dinnerstein hears voices. To be more specific, she hears a “powerful narrative, a vocal element” in the instrumental music of Bach and Schubert. Her new album, Something Almost Being Said (the title comes from Philip Larkin’s poem “The Trees”), features Bach’s First and Second Partitas and Schubert’s Four Impromptus, Op. 90—and in her performances the melodic lines do indeed sing. Dinnerstein spoke with Ariama editor Craig Zeichner about Bach, future plans, balancing career and family, and why she’s been listening to Led Zeppelin lately.

“Both Bach and Schubert were composers who were very comfortable setting texts to music,” says Dinnerstein. “Most of their music was vocal, and Bach’s music has the added dimension of being spiritual in a sense, even the music that’s considered secular. I think everything he wrote said something that was meaningful in a spiritual sense for him.”

March 21st is the anniversary of the birth of Johann Sebastian Bach. It’s nearly 300 years since Bach last walked the Earth (he died in 1750) and he still dominates our musical consciousness. For all we know he might even be dominating the musical consciousness of sentient creatures in faraway galaxies, because three Bach works were included on a recording that was launched into space on the Voyager 2 spacecraft.

What is the power of Bach? Ariama asked six renowned Bach interpreters to share their personal thoughts about the composer.

This new album by the Akademie Für Alte Musik celebrates the tercentenary of the birth ofKing Frederick the Great (1713 - 1786) with some choice repertoire. Since Frederick’s court was an epicenter of high-end music making there’s lots of interesting composers to chose from and the ensemble has made some daring choices.  Rather than perform generic Quantz and Benda flute pieces, the ensemble has wisely programmed music by Johann Gottlieb Graun, Christoph Nichelmann and Carl Philipp Emmanuel Bach and a flute sonata by the King himself.

Johann Gottlieb Graun, the older brother of the better-known opera composer Carl Heinrich Graun, has two works on the recording. The elder Graun’s Ouvertüre and Allegro is a pleasing sinfonia-like piece with an extended French overture in dotted rhythms, bustling fugue and second movement Allegro that’s memorable for its solo oboe writing. The King’s court was known for its gamba players so Graun’s Concerto for Viola da Gamba isn’t such an anomaly (apparently Graun wrote five gamba concertos). Gambist Jan Freiheit plays the solo part with fleet fingers in the churning outer movements and sensitivity in the expressive Adagio. Another under the radar composer, Bach student Christoph Nichelmann, is represented by a Concerto for Harpsichord (one of 20 that he wrote). The keyboard part, played with brio on the fortepiano by Raphael Alpermann, is virtuosic and certainly places the concerto at the crossroads of the Baroque and Classical eras, particularly in the lovely song-like Adagio.

In mid-March Le Poème Harmonique and its artistic director, Vincent Dumestre, will be performing Leçons de ténèbres (“lessons of darkness”) in concerts in Bernay and  New York.

Tenebrae is a musical setting of the Lamentations of Jeremiah and is typically heard during Holy Week (the time Christ spent in Jerusalem leading up to his crucifixion). At a tenebrae service 15 lit candles are placed in a candelabra near the altar and 15 psalms are sung. As each psalm is completed, a candle is extinguished until the entire church is dark.

At my curmudgeonly worst I’m skeptical of child prodigies, when I’m better tempered I just fear for their future. Eleven-year old Benjamin Grosvenor was the youngest-ever winner of the 2004 BBC Young Musician of the Year Competition, and at age 13 he made his Carnegie Hall and Royal Albert Hall debuts. In 2011 he became the youngest British musician signed to the Decca label. Now, after hearing his debut album for Decca, I’m neither skeptical nor concerned about his future; he’s amazing and his future should be limitless.
Grosvenor has programmed an interesting album. He opens with Chopin’s Four Scherzos and balances things nicely by placing a Nocturne after each one. Sitting in the center of the program, serving as what Grosvenor calls in the liner notes “an unusual pivot” between Chopin and Ravel, is Liszt’s En rêve and two Liszt transcriptions of Chopin songs. Ravel’sGaspard de la nuit closes the program.
Read more »
Posted by Ariama at 5:47 PM No comments:

endBeginning, a moving and beautifully sung meditation on grief, loss and mortality, is New York Polyphony’s debut recording for the Swedish BIS label. The group (Geoffrey Williams, countertenor; Geoffrey Silver, tenor; Christopher Dylan Herbert, baritone; Craig Phillips, bass) takes a journey through chant and polyphonic music by Franco-Flemish composers Antoine Brumel, Thomas Crecquillon, Jacobus Clemens Non Papa and Josquin Desprez, and then fast forward to a contemporary piece by Alabama-born Bucknell University professor Jackson Hill.
Brumel’s Missa Pro Defunctis opens the album, in a definitive recording of the work. One of the earliest polyphonic masses for the dead, Brumel’s setting uses the prescribed Gregorian chant tunes as an anchor for polyphonic passages. In the nearly 15-minute Dies irae (Day of wrath), the first known polyphonic setting of the sequence), chant alternates with polyphony to weave a harrowing tapestry depicting the last judgment. Difficult as it might be to follow the Brumel (I had to pause the CD and take a mental breath), New York Polyphony makes a liturgically savvy choice by chanting the Gregorian responsory Libera me (Deliver me) for the burial service. They deliver this poignant text so beautifully that you’ll be moved even if you don’t know the words. That’s true of so much of this program; you just can’t help but step back and listen for the pure pleasure of the gorgeous sounds the quartet makes.
Read more »
Posted by Ariama at 10:51 AM No comments:

Philippe Jaroussky is one of the most sought-after singers in the world. Whether he’s singing a Vivaldi opera or a 19th Century French chanson, Jaroussky’s sweet-toned countertenor is one of the most beautiful voices in all music. Jaroussky partners with Max Cencic, another great young countertenor  and conductor William Christie on Duetti, an album of Italian Baroque chamber cantatas, arias and, you guessed it, duets.

Ariama editor Craig Zeichner spoke with Jaroussky about repertoire, singing with another countertenor and the differences between American and French audiences.

New Album Review: Tune thy Musicke to thy Hart

Some of the most intense and deeply felt sacred music of 16th century England wasn’t  sung in the cathedral, but in domestic worship in private homes. The ascendency of the English Reformation proved dangerous and, at times, fatal for religious dissenters. Catholics and high church Anglicans were forced into private worship at home and the music heard on Tune thy musicke to thy Hart, the new album by Stile Antico and Fretwork, focuses on this “secular” (non-church) religious music by Thomas Tomkins,  Thomas Campion, William Byrd, Thomas Tallis, Orlando Gibbons and others.

This is sparer music than would have been heard in the cathedral, more direct in expression with simpler melodic lines. In some cases popular styles, like the madrigal and lute song, also find their way into the mix, and a number of the works appear in both sacred and secular sources. That’s not to say that any of this music is necessarily “easy” or simplistic. John Browne’s gorgeous carol Jesu, mercy, has a communicative immediacy that’s powerful, but Browne also paints words, shifts key and shuffles the deck in a way that’s anything but simple. The madrigal anthem “O praise the Lord” by Tomkins is a showcase of 12-part polyphony loaded with antiphonal effects that certainly convinces us the musical literacy of “ordinary people” was pretty high in the 16th century. 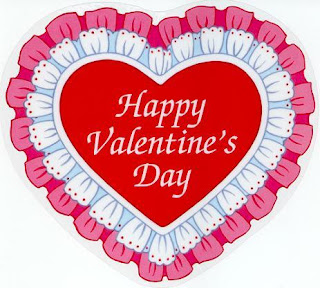 Tuesday is Valentine's Day so expect to be swamped with music celebrating affairs of the heart. There will be the usual blocks of love music on the radio and your music-loving friends will plaster your Facebook wall with Spotify playlists loaded with their favorite lovesongs. But on February 14 and 16 the New York Festival of Song (NYFOS) will present a balanced view of affaires du coeur with their popular "A Modern Person's Guide to Hooking Up and Breaking Up" program. What better way to spend Valentine's Day than with a program of "songs of voyeurism, S&M, self-gratification -- and good old-fashioned heart-to-heart love."

Find out what exciting deals and sales we're offering this week!
See this week's offers.

Follow us by email and never miss a beat! News, reviews, deals and more!